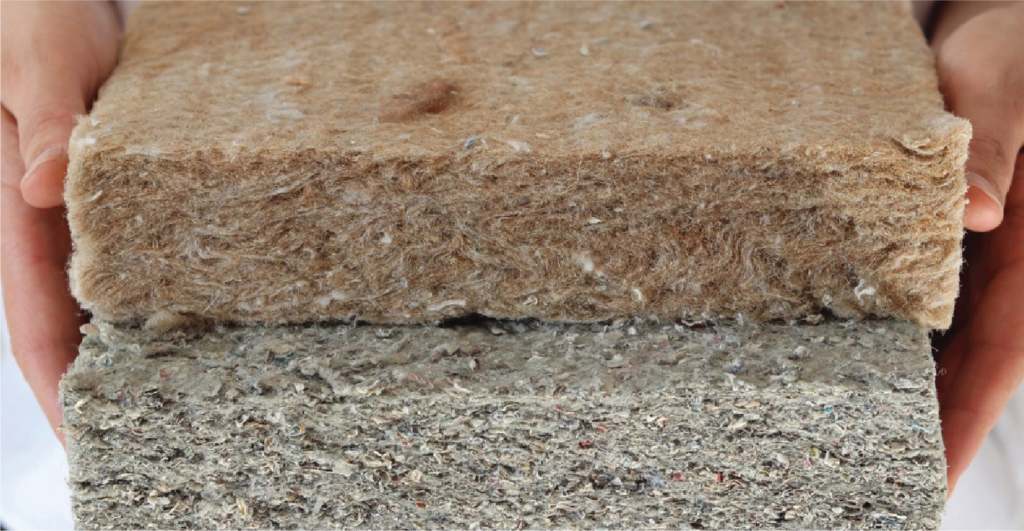 According to Eurostat, around 30 per cent of all household waste is waste paper that can be recycled. In 2018, around 56.6 million tonnes of recyclable waste paper were collected in Europe, of which 48.5 million tonnes were used in secondary production. Paper, which we usually know in sheets, leaves or rolls, can also be processed into thermal insulation materials using modern technologies.

Until now, rock wool has been the best known on the thermal insulation market. Recently, however, eco-wadding made from recycled paper has become increasingly popular.

One of the companies that recycles paper and produces eco-wadding from it, among other things, is the Latvian company SIA Balticfloc. In comparison to conventional thermal insulation materials, such as rock wool, ecowool is better suited to Latvia’s climatic conditions, the company has found.

Ecowool is a loose, dry and light mass containing 86 per cent recycled cellulose fibres and 14 per cent natural salt mixture. When rock wool insulation is used in a building, it must be covered with an air diffusion foil, whereas ecowool does not incur such additional costs. Moreover, rock or glass wool dries very slowly, while moisture from the ecowool dries quickly. The material is resistant to mould and fungi, does not taste good to rodents and does not cause allergies in humans. Therefore, it is often used in schools and kindergartens.

In 2017, SIA Balticfloc submitted the LIFE_PHIPP project (LIFE17 ENV/ LV/000335) for co-funding in the LIFEProgramme “Alternative Ways of

Recycling of waste paper and hemp fibres into innovative thermal insulation materials”, as a result of which the problem of recycling non-recyclable or difficult-to-recycle waste paper (waste paper of inferior quality) into new products was solved. By mixing ground paper with specially treated hemp fibres, thermal insulation materials for buildings are produced. The production of hemp and its products does not produce any harmful CO2 emissions, making it an environmentally friendly material. The production of hemp fibres requires seven to eight times less energy than the production of the same amount of synthetic fibres. The necessary equipment for the start of the production processes was acquired at the end of 2020.