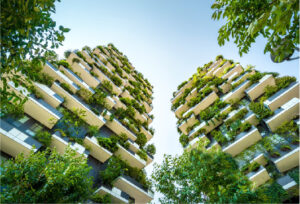 Sustainability applies to many areas of life. One of such areas is undoubtedly the construction industry, which causes one of the greatest harms to the environment, destroying the biological diversity, generating a huge amount of solid waste, causing environmental pollution and consuming natural resources worldwide.

Consequently, the sustainability principles become increasingly relevant in the construction industry and represent an inseparable part of the industry development. 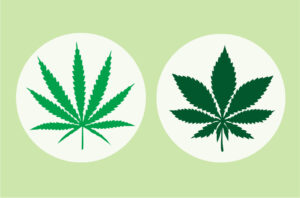 Industrial hemp (Cannabis sativa) and Indian hemp (Cannabis indica) both belong to the Cannabis genus. They are very similar in appearance and an inexperienced person may not even distinguish them from each other. But, despite the kinship and visual similarity, the properties and applications of these plants are different. 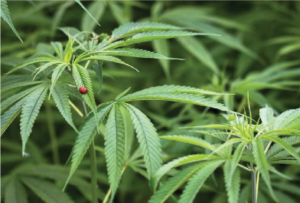 Industrial hemp or Cannabis sativa is an industrial crop with high-quality natural fibre, wood, and seeds. Hemp is one of the oldest crops used to make various products and materials. Today, industrial hemp as a raw material is used in production and can replace various long-growing, hard-to-obtain and vanishing resources. Almost every product made from wood, cotton, or oil can also be made from hemp. 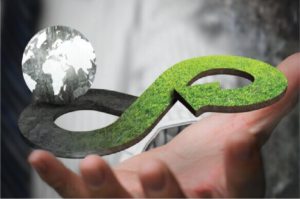 Huge volumes of production and consumption of goods generate large amounts of waste, as a result waste management has become a problem with far-reaching negative consequences for the development of civilization.

As a solution, the transition from the Linear Economy Model to the Circular Economy Model is proposed. This would reduce the amount of generated and landfilled waste and, at the same time, would continue growth of the existing economy. 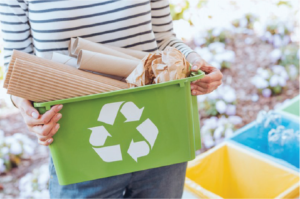 There has been a lot of talk about waste sorting in recent years and discussion both among citizens and public administration and municipal institutions. But what exactly is waste sorting?

Waste sorting is the separation of recyclable materials from those types of waste that are no longer usable and are to be buried in a waste landfill.

By sorting waste we retain the clean environment, conserve natural resources and reduce energy consumption for manufacturing of new products. 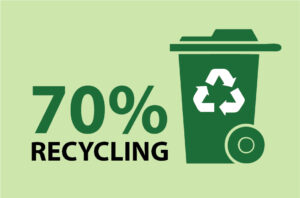 The reuse of waste paper for production is cost-effective and ecologically sustainable for the evolution of civilization. As a result, it saves natural lands,  conserves natural resources and energy, decreases environmental pollution, and promotes a circular economy.

Waste paper can be recycled up to 5 times. 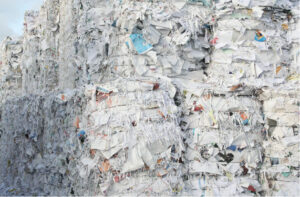 REUSE OF WASTE PAPER FOR PRODUCTION

Paper is one of the most common things people consume in their daily lives. Although the digital world has reduced the need for writing paper, it is still widely used for the printing of information materials and the production of various items.

In comparison to other waste materials, waste paper can be recycled relatively easily and successfully. 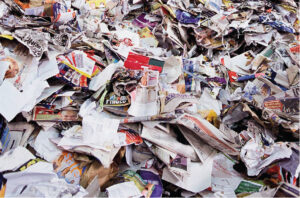 THE PROBLEM OF WASTE PAPER IN EUROPEAN COUNTRIES

The European society’s standard of living have grown rapidly in recent decades with municipal and manufacturing waste also increasing. 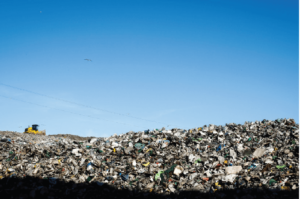 In 2018, 2.1 bt of waste were produced worldwide, 70 % of which went to landfills, where it was buried or burnt. It is calculated that by 2050 this number may increase up to 3.4 bt a year, if waste management will not be developed more successfully and rapidly in the following 30 years. The highest amount of household waste was produced in East Asian countries in 2018. This indicator was mainly caused by China, which has the highest population in the world – 1.393 billion inhabitants.